Dean Radcliffe: More than a Son… 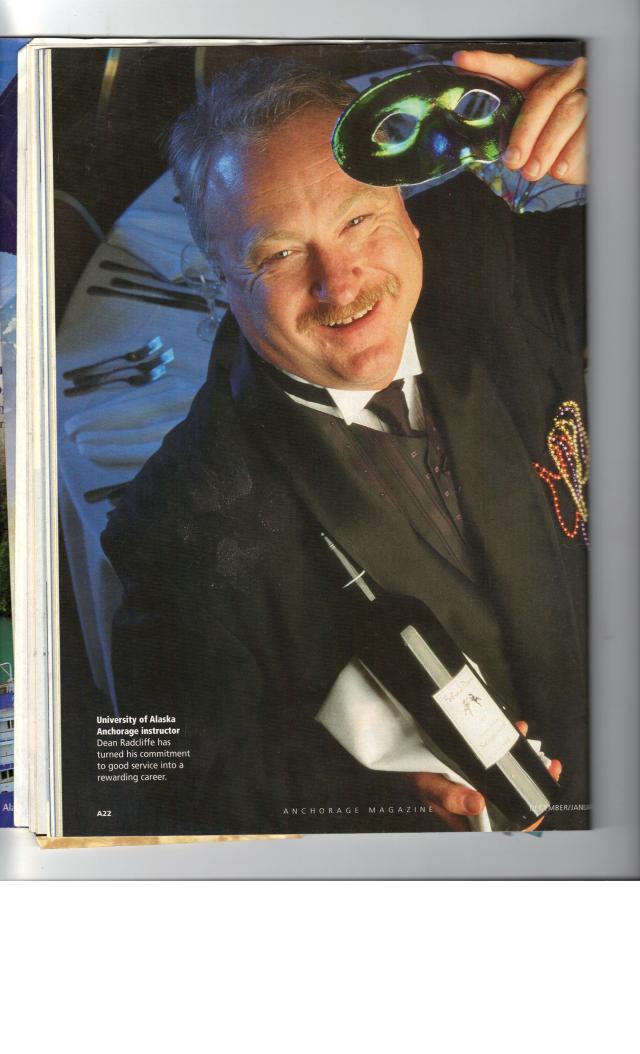 My wonderful Dean Radcliffe,  I always referred to him as my almost son.  I retract that now.  He was more than a Son.

One day a waitress from the Mast Restaurant in Jack London Square came over to my table and said;  “Mary, there is a friend of mine that wants so much to crew on the Mariner.  It is all he can talk about.  I think he would even work without pay.  Just for the bragging rights and the experience.  I laughed and said : “Well, that is what I like a person with a passion. Tell him to come down to the boat tomorrow at 10:00 am.”

I was in the galley prepping for a charter the next morning and glanced out the port hole to see this tall, young man with reddish blonde hair walking down the dock towards our slip. 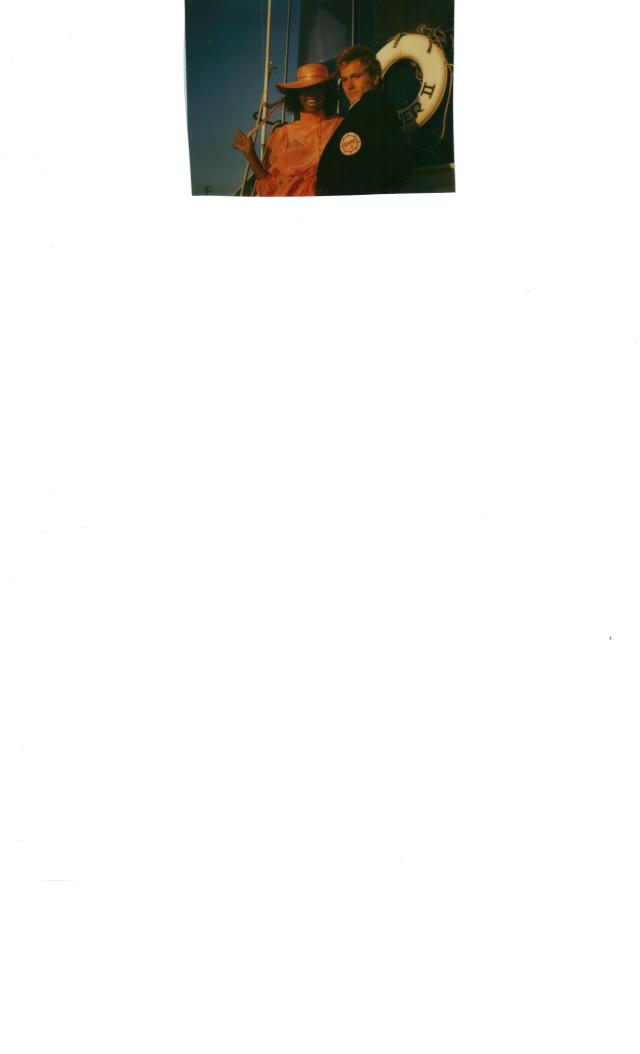 Dean and the model on the Mariner II

Ahh, this must be the young man that wants to work on the Mariner.  He came up to the aft deck and hollered; “Ahoy there”.  I went to the aft deck ladder and said; “The next phrase is; “Permission to come aboard”!  Without missing a beat he said in a strong voice with a smile in it: “Permission to come aboard, Captain”.   I laughed and said; “Permission granted. Welcome aboard the Mariner II.  However, I am not the Captain,  I am the owner. The Captain works for me.  Which means I out rank him.  You may call me “Mary”.

I gave him a tour of the Yacht and lead him back to the galley. I seated him at the table and placed some large mushrooms that had been washed in front of him with a spoon. I showed him how to remove the stem and hollow out the top enough to make them ready to stuff. I suggested he wash his hands and put on the apron I had placed on the table.

He did so and I could see all the nervousness fade from his face.  We chatted about his work history.  Most of which I discarded.  He was to young to have all of the jobs he spoke of and he peppered his history with lots of famous names that was suppose to impress me.

As he spoke he worked.  He worked fast and neatly.  I stopped him in mid sentence as he continued to regale me with his wonderful attributes.  “Dean, can you work tonight? We have a cruise going out at 7: p.m.”  His face lite up and he said “Yes,  I am available.”

“Okay,  I am going to hire you. Not because of your magnificent work history.  I am hiring you because you can clean a mushroom perfectly.”

“Now go up to J&J Ship Chandlers at the top of the dock and get a pair of white pants and a white golf shirt.  I will have them put it on my tab.  I have a blue blazer that will fit you. Report back here at 5:00 p.m.”

“Would you mind if I just stay here and help you get ready for the cruise?  I don’t have any plans and I could learn so much from you. You don’t have to pay me for the prep hours.”

Now how could I not fall in love with this kid?  He knew exactly what to say to me to ingratiate himself to me.  That was the beginning of a long relationship.  I counted him as one of my kids.  Several people that crewed on the Mariner became part of my family.  But Dean stayed in my life for more than 30 years and I became his mentor.  He became the best investment of my time.  He made me so proud with his achievements.

__From Yachts to Manure___... I have lived in a 9,000 square foot mansion in Piedmont, Ca. to homesteading a mobile home and living without running water or electricity for six months in Oroville, California. These are some tales of my adventures. From traveling the world with my Airline Executive late husband to , operating a Yacht Charter Business on San Francisco Bay as a widow with young children, to retiring to a Ranch in Oroville and raising horses and fancy pure bred dogs. Come join me on my adventures as I write this blog..
View all posts by marysfarmreport →
This entry was posted in Sailor Daddy and tagged cancer, Captain, crew, Mariner II Yacht, port hole, son. Bookmark the permalink.